A new entrant to the true wireless headphone space you say? Sure, that might be a moderately common existence these days, but this one- Grell Audio– comes with some pretty strong heritage. Its founder, Axel Grell, is well known in the headphone industry for his extensive work at Sennheiser on some of the company’s most prestigious makes. The TWS/ 1 is his first solo commodity under the Grell brand. Accordingly, we’re interested to see what the $200 wireless buds can do.

The TWS/ 1 has a modern appear. The largely circular motif is only ended by a small, AirPod-like protuberance on each twig. Originally the program was to have the outer casing wholly metal but physics and radio waves meant that some concessions( plastic personas) were needed. Overall, they maintain a premium be considered that stands above that often found at this pricepoint. They visually remind me somewhat of the Jabra Elite 75 t, but a little lower profile.

In periods of fit, that slightly more streamlined design means you don’t feel like something is balancing in your ear which can sometimes happen with more rotund mannequins. As per usual they come with a bill contingency that predicts four full accusations of the TWS/ 1. The buds themselves offer around 6 hours per charge which holds true in my own experience with ANC initiated. Curiously, the buds are placed in the case with the right one to the left and vice versa. I’m not sure why this “wouldve been”, but it does make some recollecting( you’ll soon to remind everyone as the twigs don’t fit the other way round ).

In a world-wide of me-too products, it’s hard to stand out. The easiest differentiator is cost, then voice quality and or additional/ payment aspects. It seems Grell Audio has tried to tackle all three of these, and with general success, I would say.

The price point introduces the TWS/ 1 in an remarkable list. Countless payment symbols are landing in the $250+ zone while more cheap options, like Google’s second-gen Pixel Buds or the aforementioned Jabra’s live in the $150 sphere. Budget options, south of $100, are also increasingly more common. This, then, slopes the TWS/ 1 at the overlap between high-mid and low-premium. I would gambling this is entirely purposeful as boast determine and build caliber distort higher cease, but the barebones packaging and more accessible price indicate a more mainstream audience. 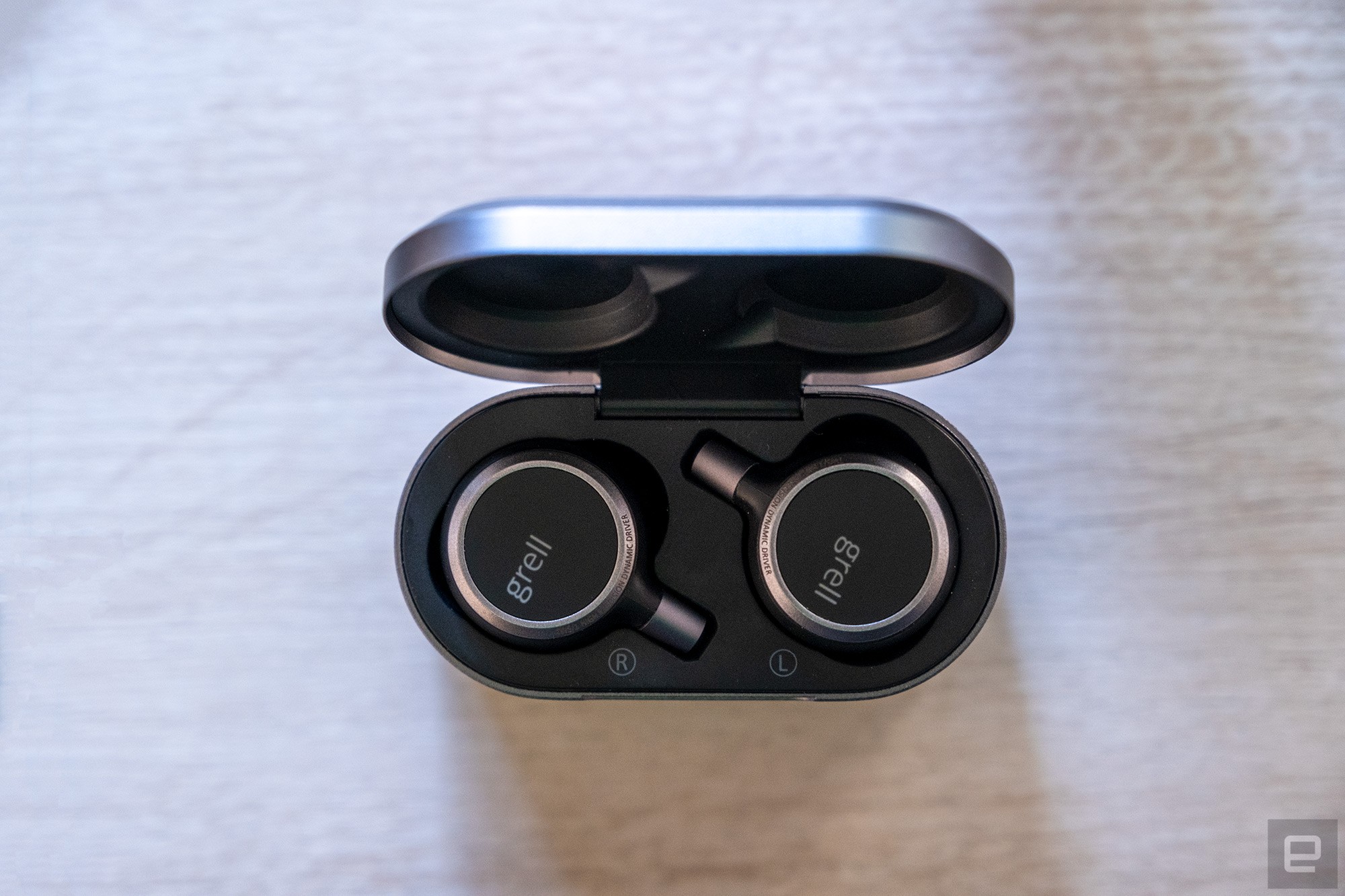 As for sound quality, this is where things are a little more clear. In my testing, I was generally pleased with the default sound. It was perhaps a bit on the thinner back for my personal preference with a slight value on the lower extremity for a typically commercial sound. But Grell has partnered with SoundID- a third-party app that adjusts select labels of headphones to your personal wish/ hearing.

We’ve seen things like this before, most notably with Nura which makes this to a whole new level. SoundID is a little more understated in its approach. It still exploits some use of hearing exam, but rather than asking if you can hear sure-fire flavors, it simply plays you some music and requests “which do “youd prefer”, A or B.” Once I completed this short test, the difference was night and day. With my own personal profile triggered( it uploads to the headphones so it applies no matter what you are listening on ), my usual combination of mid’ 10 s indie and rave absurdity came alive.

I have a insignificant wish for dynamic reach and beefier low-toned and mid-high frequencies. At least, I infer I do because that was the biggest change in voice after completing the test and I instant learnt them much more entertaining. In the SoundID app, you can toggle between the default sound and your own profile and it really does make a huge difference. You don’t need the app to get good music, but I’m going to guess that you’ll be happier with what it gives you.

Coincidentally, SoundID is also where you’ll get software updates for the TWS/ 1. I had one during my testing and it improved a few things including the somewhat uninterested impres limitations. They’re still not predicting my sounds 1:1 but its about on equality with most other touch-control twigs I have utilized. Before the update, it was much more frustrating( or, maybe I merely learned the technique ?).

Those limitations aren’t user-configurable, so you’re stuck with what Grell gives you. But, fortunately, that’s pretty much everything you’d want and without too many involved tap or gesture combinations. Swiping forward or back on the left ear skips moves, up or down on the right for publication, and so on. It was the single sounds that I was having issues such as which ascendancy toy/ suspension on the right and transparency mode on the left- both of which are more annoying if not triggered immediately.

This produces us on to smart( er) aspects. As mentioned, the TWS/ 1 has Active Noise Cancellation and Transparency mode- both of which are becoming increasingly standard. But there’s also a Noise Annoyance Reduction( NAR) state. Grell explained to me during the course of its initial proclamation instruction that ANC is great for lower-frequency sustained interferences, but doesn’t work as well for higher-frequency botherings( thoughts, crying child on a plane ). NAR is Grell’s own aim at render some reduction of these types of sound. 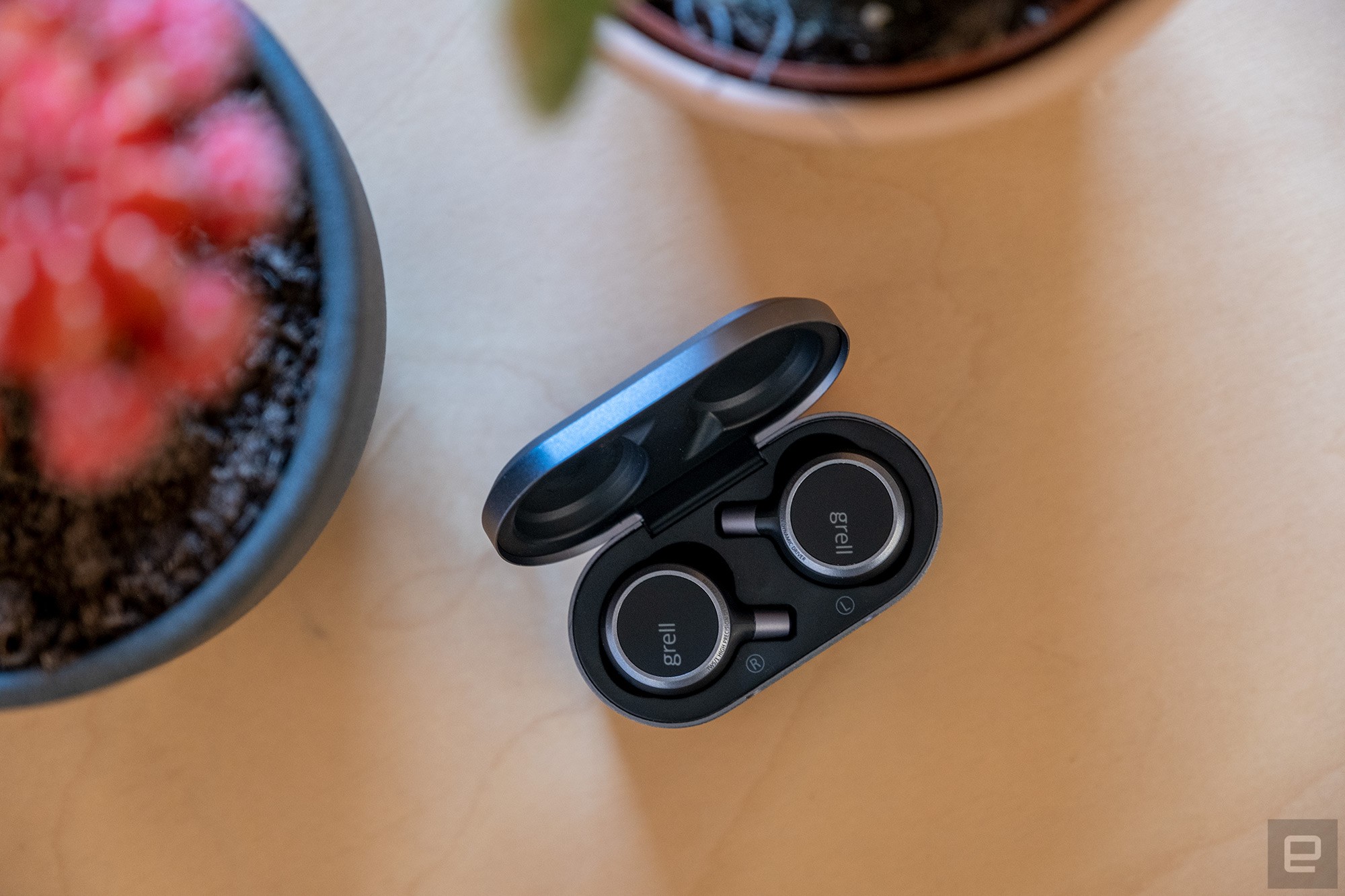 In practice, I learnt it hard to pinpoint the difference that NAR obligates. With ANC, it’s easy to hear the low rumble of the road outside my apartment decrease in volume. It’s maybe not the most powerful ANC I “ve ever heard” but it does the number of jobs. With NAR, whatever the ear equivalent of squinting is, proved to be a little more indeterminate. It does seem to slightly improve the listening know-how in combination with ANC, but it’s also hard to tell how much of that was me inclined it to do so. It’s an interesting concept though and one that I hope Grell can continue to improve over time.

Other small perks include a “mono” mode( listening with precisely one bud ). This isn’t as common as it should be in my opinion and it adds more flexibility for those that want to maintain some spatial awareness without having to wear both twigs. It’s also, plainly, how some people prefer to handle their labels, too( reliving the Bluetooth headset periods ).

Another big lent bonus is wireless accusing “compatibility.” It’s not something I was able to test, but the more things that support it the very best? Or, at the very least, it’s a neat benefit for those already invested in the wireless billing world.

All in, Grell has given price, features and sound quality fairly consideration that the result is a promising firstly concoction from an rising firebrand. The toll extent, in particular, strikes a good balance between signaling premium desires without putting it very far out of reach for mainstream informals. I’d love to see some further advances on the NAR technology and the controllers could still be more responsive, but if you’re looking for a fresh move of true-life wireless headphones that are customizable to your feeling, these are a great place to start.